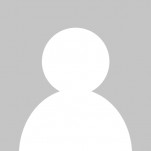 With a background in business management, public relations and live TV, Paula Crawford brought a wealth of experience when she joined up as the video producer at the The Carousel while the lifestyle hub was still in its infancy. During her 6 years as a Producer with Australia's highest rating breakfast show, Sunrise, Paula launched the highly popular Weather Wagon segment, the first of its kind to bring the nation a glimpse of quirky events and interesting characters live from different locations daily over three years. The segment also travelled to the USA with the show and independently to mainland China broadcasting live from the streets of Beijing and Shanghai for the first time ever for non-Chinese media. As Production Manager for the same show, Paula coordinated all crews and technical facilities across Australia and overseas for the daily three-hour broadcast. She also managed and field-produced the first live ANZAC Day commemoration broadcast from Isurava, along the Kokoda Trail in Papua New Guinea. Joining Seven's equally popular Morning Show when it launched in 2007 Paula coordinated and produced in-studio segments and pre-recorded packages across a wide range of lifestyle topics, from the weekly psychic live readings, to fashion shows and live makeovers. In her younger, pre-television days Paula's public relations role saw her representing the prestigious Jumeriah Beach Resort, including the Burj Al Arab Tower in Middle Eastern Dubai. Travelling regionally and across Europe she supported the Dubai Tourism Board promoting the emirate as a destination for the corporate and tourist segments of the hospitality industry.